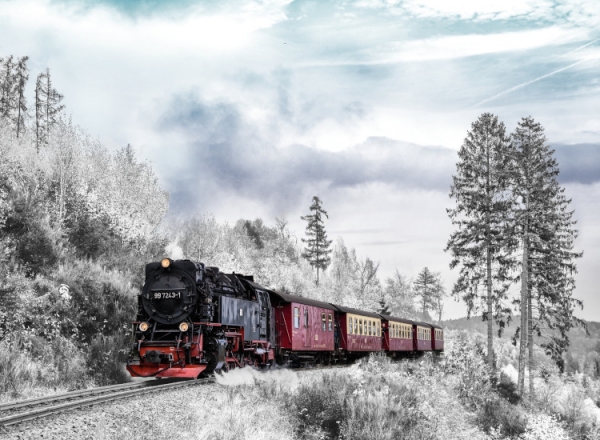 Traveling by train has something romantic about it. Everyone associates them a bit with the ancient times of steam engines, westerns and gentlemen defending their ladies. However, these types of trains are not to be found everywhere. Modern trains have been ruling in Western Europe for a long time. However, in the post-communist countries you can still feel the spirit of the previous epoch. However, which of these options is better?

Beautiful and new trains are a big expense for taxpayers or state-owned companies. In many Western European countries, old wagons have long been replaced by new ones. Together with them, the tracks were replaced so that the trains could move faster. After all, on the old tracks, a modern train will not develop very high speeds. Along with all these costs and a higher standard, there are also more expensive tickets. However, no one is surprised that foreign train tickets are usually more expensive than those in Poland. At the same time, no one is complaining about it because they are aware of both the higher standard of services and the infantile fact that the train will not be late.

It is completely different in post-communist countries. In them, the railway network is usually less developed. And if the track network is dense, unfortunately it is usually so outdated that modern locomotives will not develop appropriate speeds on them. The recovering economy after the years of socialist stagnation is not able to replace the entire infrastructure. There is usually no point in buying new rolling stock, since trains adapted to several dozen years of traction and tracks are no longer on sale. However, this situation has its advantages. You can still feel like you were in the previous era on the train. In the compartments, talk to fellow passengers, share sandwiches or get angry with unruly children sitting next to us. And if the situation is already very irritating to us, we can always calculate the difference between our train ticket and that of a neighbor from beyond the western border.

Traveling by train sometimes feels like a chore. Especially if the journey takes many hours. However, if we have no other choice, we can always look for one that will follow a different, shorter route. We'll finally find a way to get to our beloved place. And we can stay there anyway, regardless of the condition of the railway.

Tweet
Published in Travel
More in this category: How not to get bored while traveling by car? »
back to top
Subscribe to this RSS feed
To Top