Seeking Help for A Heroin Addiction 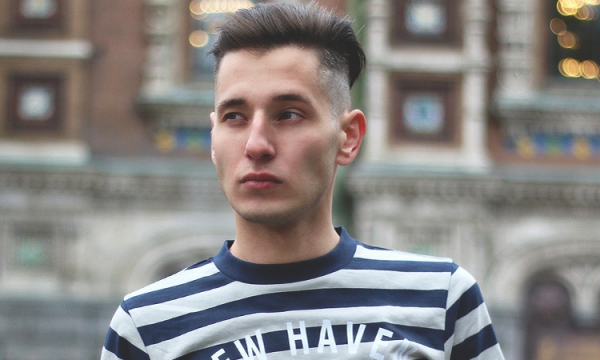 Reaching out to others can be a difficult feat, even in the best of circumstances. That can be way worse for people with mental illness, who often feel like it is their fault for feeling bad.

Nothing could be further than the truth.

Although in plenty of mental disorders, the root cause can be traced to chemical imbalances in the brain, in no way are the people suffering from them responsible. Indeed, who would want to make their life more difficult?

Fortunately, with the increased awareness of mental health's importance, the situation is changing for the better. Folks realize that psychological illnesses bring just as much suffering as physical ones, and the only way to tackle them is with social support from family and friends.

However, one disorder is still highly stigmatized, and the people who suffer from it are rarely accepted into society. That condition is addiction. Many do not think of it as one, but the reality is that it is just as much of a mental issue as depression or anxiety.

Formally known as Substance Use Disorder (SUD), it has been recognized by the American Psychiatric Association as a complex illness. They claim that this condition is not only an unwillingness to stop using a particular substance but a complete inability that often changes the brain itself and your cognition. You can read more about it on this link: https://www.psychiatry.org/patients-families/addiction/what-is-addiction

Needless to say, substance abuse carries a lot of physical harm with it. Depending on the substance itself, you could end up with cardiovascular issues, lung problems, and in the worst-case scenario – even cancer! It just goes to show the terrible ways mental illness can affect our bodies.

But it has to be said that not all substances carry the same level of danger with them. A beer after work every day is not the same as regularly consuming cocaine, which is not the same as using heroin. It is important to note that many addicts do not start with an "ambition" to get addicted but rather manage something else entirely, whether that is the symptoms of another mental illness, physical pain, or just pure curiosity.

When it comes to heroin, the road to its use is a very slippery slope. Contrary to popular belief and after-school specials, people do not get addicted to this drug by shady characters offering them "a hit" in the back of a club. In fact, the truth is much simpler. Find out more here.

One of the most severe problems of modern American medicine is the over-prescription of painkillers. These days, more than ever, people are being given powerful opiates to manage their pain, whether caused by an underlying issue, an injury, or the aftermath of a planned procedure. After the primary reason for the pills is dealt with, doctors usually do not give them to patients anymore, but by this point, the damage has already been done.

Folks are addicted to the relief that opiates bring, and they start seeking it somewhere else. What they find is heroin – an inexpensive, readily available option that gives the same effects as classical painkillers. Unfortunately, it also comes at a high cost.

Depending on the method of use, which can be either through smoking it or injecting it in the veins directly, heroin can significantly impact one's life. Because of its calming and relaxing effects, people under its influence often seem distracted and are usually unable to complete tasks requiring focus and discipline.

In most cases, this ends up affecting their jobs, and they end up unemployed, which further deteriorates their quality of life. Luckily, help can be found in places like Taylor heroin addiction clinic, where experts assist people suffering from substance abuse to get their lives back on track. For many, it is the only path out they have.

Addiction is no walk in the park but rather a slow and painful trek up the mountain of success. Nevertheless, many are willing to walk that path with you and glad to help you out. Even though it might seem hopeless, the only thing you need is to reach out

Tweet
Published in Lifestyle tips
More in this category: « How to choose educational puzzles according to the age of the child? Best Ways To Make Your Wooden House Look More Spacious »
back to top
To Top